Golf in the tea estates became organised after the Jorhat Gymkhana Club, established in 1876, became a recreational hub for the planters of central Assam. From 1902, planters from across the province got together for competitive golf at the nine-hole Gymkhana course. There were at least seven championships such as the Beg Dunlop Cup that weighed 2.5 kg, Craig Cup, Lamprell Cut, Rustom Cup and the Flying Dutchman trophy that was sponsored by KLM Royal Dutch Airlines.

Assam has approximately 20 odd golf courses in different teas districts besides a couple of 18-hole courses. A new golf course in Amingaon (Railways) is being developed and it is our duty as old golfers to promote the sport in the entire North East India. 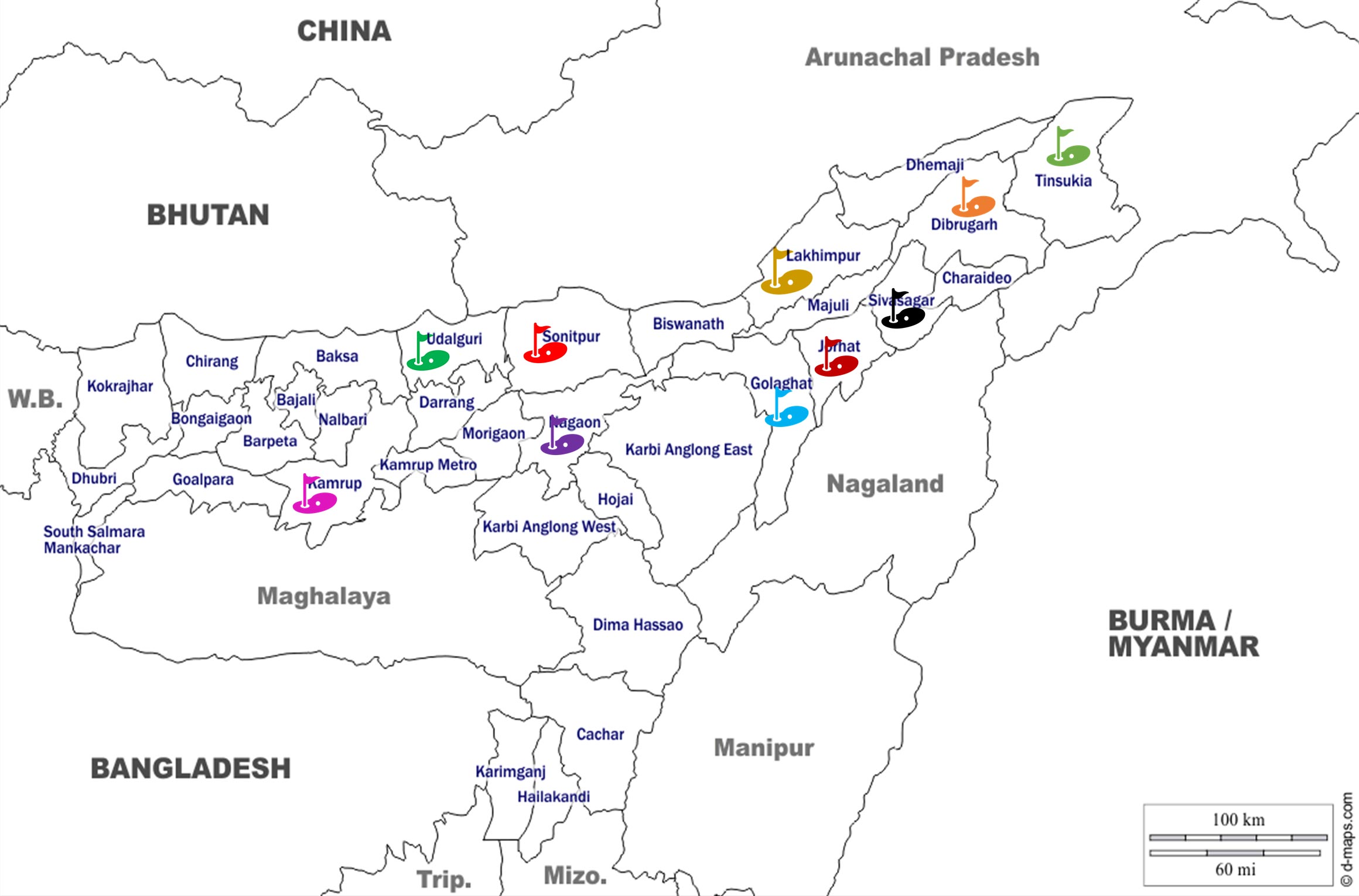